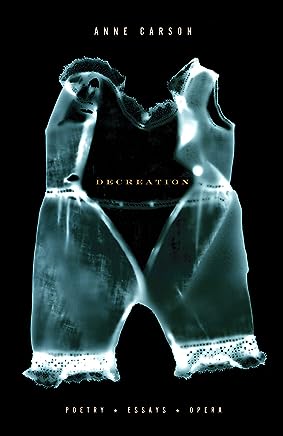 Carson's compendium of poetry, critical essays and opera libretti, Decreation (of which “Decreation” is the title essay) is named after one of Simone Weil's most

Glass, Irony and God, one of the finest debut books of poetry published in English in the. in the poems, essays, and opera libretti that constitute Decreation. "Decreation in My Poetry and Wallace Stevens' "The Snowman""